The Entertainment Consumers Association (ECA) has announced that this year that chapters throughout the United States and Canada will be the participating in “Gamers for Giving” as a way to team up with food banks and help put a stop to hunger.

We have two pieces of news to release on the ECA food drive initiative. First up is from Josh Hughes, Zookey of Team KAIZEN, regarding their local ECA chapter’s support in Great Falls, Montana. This particular chapter of the ECA is focused on representing themselves as an Indie Game Developer Chapter.

Hello everyone! As some of you know, Team KAIZEN and Add-A-Tudez have teamed up with the Entertainment Consumers Association (www.theeca.com) to make an Indie Game Developer Chapter. The ECA is basically AAA or AARP for gamers, members get discounts at a bunch of places and the ECA keeps members up to date on legal and social issues that could affect gaming. Earlier this year, Trevor and I went to Washington DC with the ECA to have sit down sessions withseveral members of Congress (including the staff of Senator Jon Tester) to discuss how policy affects gaming. The focus of the Indie Chapter (which is an internet wide group based out of Great Falls) is centered around 3 pillars:

A) Support Game Entrepreneurship and show people how to make games and break into the industry.
B) Show how video games can be a pathway to active citizenship both through charity work and civil engagement (like when we went to Washington DC).
C) Support initiatives to get game design in the classroom (like the work we do with Great Falls Public Schools and LittleBigPlanet Club).

In the spirit of option B there we are pleased to announce our support of the ECA-wide food drive! All ECA chapters are currently collecting food for their local food banks to help those who need the most during the holiday season. If you’d like to help out and have your donation attributed to the Indie Chapter, simply donate food to your local food bank and report back to me on it! If you’re in the Great Falls area and want to jam out while donating, we’re teaming up with the 406 Club to have a Great Falls Food Bank collection bin at the Freaker’s Ball this Saturday, October 27th. Please swing by, drop off some donations and rock out with us to a huge list of regional rock banks from the Helligans to Switch Off Safety and Hell City Kitty to M-79!

Below is the press release from the ECA regarding the food drive, if you have more questions about the drive, the ECA or the Indie Chapter please let me know!

Second, the official press release from ECA Vice President of Marketing, Heather Ellertson, is as follows:

WILTON, CT – October 23, 2012 – The Entertainment Consumers Association (ECA), the membership organization which represents gamers, today announced that chapters are lending their support and providing food drive in locations all across the US and Canada where the respective chapters are located. The ECA is asking its members and the gaming community to help support this mission and get involved. You can join a chapter or (form one if there isn’t already one in your area) by visiting http://www.theeca.com.

“We look for ways in which to help communities in need.” said Heather Ellertson, ECA Vice President of Marketing. “Our chapters are a great way for gamers to get involved in the gaming community and to partake in activities with others who share similar interests. They each have their own activities and events that they do, such as game nights or membership drives. They help drive ECA campaigns, and are used for focus groups and beta testing. We are pleased that our chapters, will be the driving force behind this years “Gamers for Giving” food drive.”

The ECA is the membership organization which represents consumers of interactive entertainment in the US and Canada. The association was founded to give gamers a collective voice with which to communicate their concerns, address their issues and focus their advocacy efforts. As such, the ECA is committed to a host of public policy efforts, empowering and enabling the membership to effect change. Additionally, the organization provides members substantial affinity benefits including discounts on games-related purchases and rentals, as well as community and educational initiatives. For additional information on the ECA, including affinity benefits, member discounts and joining the association, please visit: www.theECA.com

We hope that you’ll support your local food bank along with everyone else during “Gamers for Giving”. 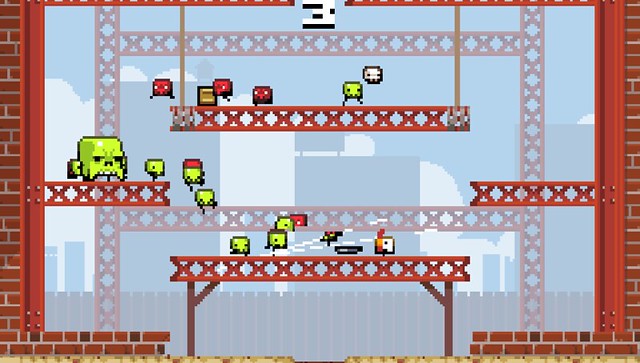 While we’ll be constantly expanding our content offerings for the platform, we’re excited for you to check out our initial line-up of launch titles, including Loot The Land, Beats Slider, and Super Crate Box. Let us know which titles are your favorites. 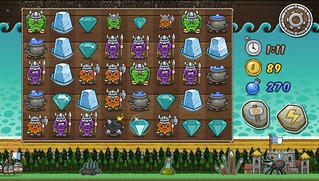 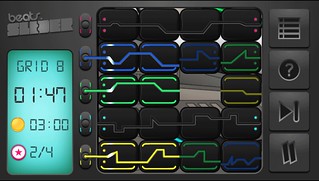 For owners of select PlayStation Certified Sony smartphones and tablets powered by Android, you can find instructions to access PlayStation Mobile content here.