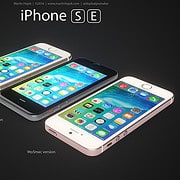 Coverage notes of the Sony 2013 coverage of the Consumer Electronics Show (CES).

Mr. Molyneux stated, “You can use your Xperia Z anywhere whether it’s blogging in a bathtub or downloading in a downpour.”

The brand new Cyber-shot WX80 is Wi-Fi enabled. Send pics to your phone to be shared on your social networks!

“Be Moved” was a central theme throughout the press conference and many loved the visuals. 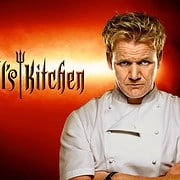 As fans of the show, we wrote some drinking game rules for Hell’s Kitchen. Enjoy and drink responsibly!

We all know that Mardi Gras started in Mobile, Alabama (contrary to what those will tell you who live in New Orleans). So why not enjoy Mardi Gras where it started?!

Here’s the schedule for the 2012 Mardi Gras events happening in the Mobile, Alabama area:

The 3rd annual South Alabama Film Festival seeks to showcase and educate the community about filmmakers and their creations, while welcoming all who enjoy the medium. One of the nation’s oldest and most beautiful cities, Mobile will alight with the cinematic arts throughout the year, culminating in November’s three-day festival.

In addition to feature-length and short films, the festival will offer seminars and workshops for adults and school children, to further its goal of educating – as well as enchanting – the growing regional film community. In its third year, and for many more to come, the festival strives to be the yearly event in Southern Alabama for all who love, and create, film.

Passes for the festival are available now and at the downtown office. Weekend passes will be $30 and individual film tickets will be $5. Click here for tickets.

The South Alabama Film Festival is a part of the Mobile Arts Council made possible by the generous support of the Mobile Public Library, The Crescent Theater, The Center for the Living Arts, The Bike Shop, The Fort Conde Inn, The Hampton Downtown.

A documentary about Timothy who was born in Mobile, AL and grew up a wrestling fanatic. After moving to South Carolina, Timothy started a Christian wrestling organization. His goal is to use wrestling to evangelize his neighbors. However his passion and vision for his ministry are tested when his personal life begins to disintegrate. Wrestling for Jesus is a raw and honest all-access pass into the two worlds of independent wrestling and religion in the rural South.

This is a story about a man who’s lost everything and his misguided attempts to put it back together. Missing Pieces is an emotional enigma about love and loneliness…and a kidnapping. Through interwoven, poignant vignettes, this multi-plot tale unfolds and untangles into a truly unique and heartfelt love story about finding hope when all is lost.

– Kenton Bartlett (writer/producer) is from Birmingham
– Started the film when he was 19; he’s now 23
– Filmmaker is scheduled to attend
– Along with film Q&A, Kenton will also be participating in a workshop/Q&A session with the kids camp students

When a mysterious vagrant living out of his car among the snowy plains discovers a nearly-frozen local with a pen-pal girlfriend, he sees an opportunity to change his lonely existence. From the harsh Midwestern frozen plains, comes this wonderfully bizarre but heartwarming look at three people searching for love and self discovery in the oddest ways.

Born into the chaos of the French Revolution, Mathias Loras would come to develop a vision for a state of spirituality in the New World that few dare dream. Brought up in an elegant, bourgeois family he would eventually become a missionary assigned to a remote outpost in the frontier territory of Iowa. There he would sow the seeds of the church to rough miners and farmers, while battling the unending hardships of life on edge of civilization.

The Reconstruction of Asa Carter (documentary)

Forrest Carter, best-selling author of The Outlaw Josey Wales and The Education of Little Tree, was an exalted Cherokee hero of New Age wisdom. As a leader in the Native American cultural revival of the 1970’s, Forrest touched millions of readers with his gentle and earthy tales of Indian life. Twelve years after his death, however, the public learned that Forrest had a hidden past. Forrest Carter was actually Asa ‘Ace’ Cater, violent Ku Klux Klansman and Alabama Governor George Wallace’s principal speechwriter; author of the infamous 1963 inaugural address, ‘Segregation Now! Segregation Tomorrow! Segregation Forever!’