Blog
You are here: Home1 / Blog2 / Off-Topic3 / Velvet – Spend the Rest of Your Life on Velvet

I found this in a friend’s garage…pretty interesting tin. They won’t let this type of advertising fly anymore.  You can’t say something to the effect of spending the rest of your life on it.  There were lots of “Joe Camel” and “Marlboro Man” type ads like this too.  Eventually I think that some government oversight committee said “No, that advertising is too suggestive and it’s proven to kill” or something to that effect.

Internal documents produced to the court in Mangini v. R. J. Reynolds Tobacco Company, San Francisco Superior Court No. 959516, demonstrated the industry’s interest in targeting children as future smokers.[3] The importance of the youth market was illustrated in a 1974 presentation by RJR’s Vice-President of Marketing who explained that the “young adult market . . . represent[s] tomorrow’s cigarette business. As this 14-24 age group matures, they will account for a key share of the total cigarette volume — for at least the next 25 years.”[4] A 1974 memo by the R. J. Reynolds Research Department points out that capturing the young adult market is vital because “virtually all [smokers] start by the age of 25” and “most smokers begin smoking regularly and select a usual brand at or before the age of 18.”

See, what really gets me is that people think that advertising really started like 10 years ago with the beginning of the Internet.  It really didn’t.

In June 1836, French newspaper La Presse is the first to include paid advertising in its pages, allowing it to lower its price, extend its readership and increase its profitability.

Almost 200 YEARS!  Now I really don’t mean to make this an entire article about smoking or some foolish thing like that, but I want to illustrate that the typeset is suggestive enough to show that the same type of advertising is done today.  It’s done a little different though.  In these days, ads are truly subliminal messaging.  You have things like a McDonalds ad that had dollar bills as lettuce.  Or you have Electronics ads that only fool the consumer.  Its all targeted.  So think about who you want to target and see how your competitors are advertising.  It’s quite simple.  Match and refine their process and you will come out on top. 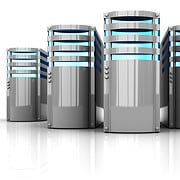 Does Running a Web Consulting Business Mean No Bank Holidays