Tag Archive for: Free Checkers Fries for a year

You are here: Home1 / Blog2 / Free Checkers Fries for a year

As I sit back and write this retrospective on 2011, I realize just how much I stopped blogging when we got really busy. That’s our resolution: blog more. Easy resolution to keep, I suppose. Onto our stories of 2011!

2011 was a year full of surprises, failures, catastrophes, losses and laughter. We first covered 2011 with Alabama Moon, a movie based on a book by Watt Key about Moon Blake. Supposedly this film took place in Alabama, but it was filmed in Canada and Louisiana. Fail. Read More about Alabama Moon.

In March an Earthquake and Tsunami struck Japan causing manufacturing and supply outages from mega-corporations like Sony and Canon. It took almost the rest of the year just to get some of the companies back on their feet again while others just shifted jobs to other parts of the world. Read More about the Earthquake and Tsunami.

Later in March, the White House called for a “New” copyright crackdown law citing that they wanted the US Congress to fix “deficiencies that could hinder enforcement” of intellectual property laws. Netflix and Hulu later gained an unprecedented momentum (thus filtering out pirate traffic vs. legitimate traffic) and later in the year SOPA took center stage where the Internet went into a rage. Read More about the Call for Copyright Crackdown.

In Late April, the Sony PlayStation Network outage occurred near simultaneously to the Amazon EC2 outage. Foursquare, Quora, Amazon, Sony, Apple, Reddit, Hootsuite, Wattpad – all went down. The only group to naturally take credit was “Anonymous” for the lawsuit Sony rightfully brought against George Hotz aka GeoHot for purportedly jailbreaking the PS3. Read More about the Sony PSN Outage Timeline.

In mid-May, the US State Department drew attention to the effect Social Media was having on the Internet landscape stating that it had become a “must-have communication tool. The Wall Street Journal put out a graph that indicated that while only a fraction of millions of people had visited websites like Coca-cola and Starbucks, almost 10 to 15 times that had visited their Facebook pages. We outline the Social Media aspect and as the question “Is It Time to Shut Down Your Website” in this retrospective. 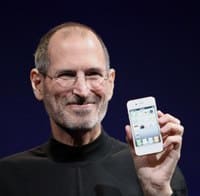 On October 5th, 2011, Apple co-founder, CEO and American icon Steve Jobs passed away. Noted with the creation of innovations such as the iPod and iPhone, millions remembered Steve Jobs by e-mailing Apple how he changed their lives. To this day, that memorial can be seen here: http://www.apple.com/stevejobs/. We reposted his Stanford Commencement Address that still inspires many in our blog “Remembering Steve Jobs“.

In mid-October, we announced the upcoming 3rd Annual South Alabama Film Festival which took place in Downtown Mobile November 4th through the 6th bringing commerce and Independent entertainment to the area. Movies such as Wrestling For Jesus, Missing Pieces, Prairie Love, Man of Deeds and The Reconstruction of Asa Carter were featured. Read More about the South Alabama Film Festival.

Later in October, we reposted an article by Tomer Tagrin citing Steve Jobs at the Apple World Wide Developers Conference in 1997 in which he stated “Focusing is about saying ‘No'”. The video of the original conference as well as the article by Tomer can be read here.

The iPhone 4s and iOS 5 launched in late October. As subscribers of Google Voice, we posted some handy instructions for those who wanted to manually swap over their line to a new device. Read More about Activating Google Voicemail on the AT&T iPhone 4s.

On Halloween, we got word that Google had chosen Mobile, Alabama to launch their Mobilize Mobile campaign. At first, we didn’t believe it because of the source announcing it. But it did later happen. Read More about the Rumor of Google Coming to Mobile Alabama.

Also on Halloween, we resounded our own feelings about the banking industry, specifically Regions Bank, charging from $3.00 to $7.50 for debit card usage. We also got pretty ticked off when a “friend” didn’t repay a loan and illustrate just how much Regions can doublespeak when they want to. Read More about Banking: The Importance of Not Bearing False Expectations.

Exciting for us, and maybe not for you, but we had Hibachi On The Go open up in Daphne, Alabama opened in November. Pretty good Japanese food and at a more affordable price than a sit-down sushi restaurant. Read More about Hibachi on the Go. Love the seaweed salad.

Also in the beginning of November, after leaving the area Checkers, also known as Rally’s in other parts of the country, reopened at it’s founding location in Downtown Mobile. The first 100 people got free Checkers fries for a year. Read More about the free fry giveaway.

Amidst the earlier speculation, Google actually DID come to Mobile, Alabama. We got a chance to meet Jason Spero, @speroman on Twitter, Director of Google’s Mobile Division in the Americas, see a few of our competitors, and learn more about the Mobilize initiative. We posted an online schedule of events and a link to the Mobilize website here.

Late November, we posted an important blog about the lessons we’ve learned on Twitter. Namely we wanted to emphasize to engage your followers and those you find interesting. It’s a good read and we hope you find it helpful. Read more about Twitter Best Practices Learned With Hard Knocks.

Client Brad Sundberg, who’s list of achievements are longer than this post, of BSUN Media Systems posted a very helpful guide to the Do’s and Don’ts of Black Friday Shopping. It’s still good for next year so take a look.

At the beginning of December, the long awaited Final Fantasy VI, also known as the SNES version of Final Fantasy III, launched on the PlayStation Network. Listed on multiple blogs, websites and magazines, this game has won top 10 and above in accolades for Must-Have RPGs. Read More about Final Fantasy VI.

GoDaddy Sucks. And this is just Part 1. We illustrate what SOPA is, why GoDaddy was supporting it (we still think they are), and how it’s a major crux to the Internet. PR stunt by GoDaddy? Totally. Read More about GoDaddy Sucks and Here is Why – Part 1 – The SOPA Truth.

Just before Christmas, we shared a rather interesting and concerning video about how Siri, the newest feature of the iPhone 4s, could kill people. It wasn’t true, of course, but technology may concern people like this in the future. Consider yourself warned and Read More about When Apple’s Siri Kills People.

And in the continued SOPA controversy, Anonymous decides to declare war on the Sony PlayStation Network – again. Yawn. These kids are annoying, but if you want to Read More about Anonymous Declaring War on Sony for SOPA Support, be our guest.

Ending the news in December, barring nothing important happens between now and midnight, The day after Anonymous declares war on Sony more companies including Sony Electronics, Nintendo and Electronics Arts drop their support for SOPA. We also outline our stance on SOPA. Read More about Who Dropped SOPA.

From everyone at TurkReno Incorporated, Have a Happy New Year and a Prosperous 2012!