You are here: Home1 / Blog2 / PlayStation

Twenty-five years ago, our company launched a game called Final Fantasy. It was the result of a lot of hard work and dedication. It was also the start of a franchise that would go on to capture the hearts of millions of players around the world.

As we celebrate Final Fantasy’s 25th anniversary, we look back on a series that contains 14 installments, numerous spin-off games, and all sorts of merchandise. We are always impressed by the love our fans show for this franchise.

To celebrate this amazing milestone in the history of Final Fantasy, we’re putting a number of Final Fantasy titles on sale on PlayStation Network, starting when PSN updates tomorrow. For two weeks, the following titles will be on sale in PlayStation Store for 50% off. 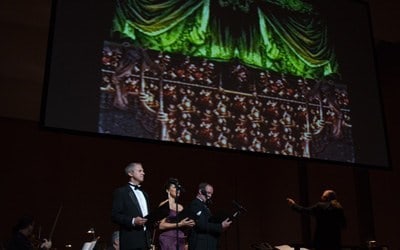 Sony Online Entertainment released in January of 2011 DC UniverseTM Online on both the PlayStation 3 and the PC. As of today it’s free to play. Even better news for Sony PS3 owners. Users can login to the PlayStation Store, grab the 122MB download client and begin installing the game immediately. Fair warning though if you’re a heavy media user – the game requires 18GB of free space to install. Despite the size, we’ve seen a lot of positive feedback on social media sites like Twitter. And it’s usually pretty entertaining stuff to read.

Here’s the rundown on DCUO:

DC UniverseTM Online is the only next-generation massively multiplayer online action game that delivers unparalleled physics-powered combat set in the DC UniverseTM. This genre-defining game puts the power of the DC Super Heroes and villains into the palm of your hands…The next legend is YOU!

DC UniverseTM Online is being developed by Sony Online Entertainment LLC for the PLAYSTATION® 3 computer entertainment system and PC in collaboration with DC Comics and Warner Bros. Interactive Entertainment.

DC UNIVERSE ONLINE software © 2010 Sony Online Entertainment LLC. All other elements © 2010 DC Comics. All other trademarks and copyrights are the property of their respective owners. All rights reserved.

We’ve seen our own confirmation of the PlayStation Network crash this evening.  From reports from Mashable, Kotaku and Engadget, it would seem that this is affecting all types of PS3 systems.  A later tweet from the SonyPlayStation stated the following:

After reading the web, we’ve seen that the problem can accompany the 8001050F error code – turning your PS3 into a brick.  Even the newest games such as Darksiders, Heavy Rain and Bioshock 2 can trigger this problem corrupting saved data, trophies and more.

We’ve also seen that attempting to play DLC games like Final Fantasy VII or VIII that a Copyright/licensing error occurs. WTF. We bought this, it should work!

We hope Sony the best and hope things return to normal soon!

The PSP has had a shaky history: It had a pretty good launch back in 05, and I remember going with my dad to pick mine up on launch day with a copy of Darkstalkers. It was a beautiful thing. However, it’s hard to beat Nintendo in the handheld department, and even harder to stay afloat in the drowning wave that is the DS, and the DSi, respectfully. However, Sony stuck to their guns and despite poor sales last year the PSP system has endured. Now the third iteration in the PSP saga has been unveiled, the PSP Go.

The PSP go at first didn’t seem like a good idea to me. Yes, you can cook a seven course meal before a UMD completely loads, but that’s just the way it was, and fans of the PSP (as I am) dealt with it. However the PSP Go foregoes any notion of a UMD drive and instead opts for digital downloads to deliver its content. This content can be gained one of three ways. The first method is via the included Media Go software which allows you to connect and download games. This method is relatively simple, has a clean interface, and was pretty much hassle free, kudos to Sony for that. The second method is to connect online to the PlayStation Store and download directly to your PSP Go via an internet connection. Lastly is the ability to download via the PlayStation Store to your PS3 system, and then transfer your game via the connection cable included with the PSP Go. All of these choices work well and actually worked really quickly. My downtime for downloading Rock Band Unplugged was about 10 or so minutes, and while speaking of games the PlayStation Store has updated to commemorate this launch to include a plethora of downloadable titles (seriously like 100 or so)  for the PSP Go, and PSP systems.

New to the PlayStation Portable system is the ability to use Bluetooth devices. This makes a lot of sense considering that Skype has been on the PSP for a while now, and now headsets can be used with this feature. Music, Photos, and Video all look and sound really good on the PSP Go, and with the inclusion of a 16 gig hard drive you’ll get lots of play time if you’re using it for an mp3 player. Sony has also stated that they will give vouchers for PSP Go digital copies of movies with the purchase of certain Blu-Ray films in the future. Also if 16 gig’s isn’t enough for your voracious consumption of digital goodness the PSP Go also has a slot for Memory Stick Micro (M2) media cards.

The PSP Go seems to run a bit smoother when compared to the PSP 2001 model that I have. I have a digital copy of Persona, and also a UMD version and the experience is a little zippier and faster on the PSP Go. Also the LCD is very crisp and sharp even though it’s a little smaller than the Original PSP’s with a measurement of 3.8 inches.

I thought at first the movement of the analog nub to the right of the D-pad was going to be an annoyance but actually it’s quite welcome, and I adjusted to it being there very quickly. The start and select buttons gave me a bit more trouble as I had to check to make sure which I was pressing. The overall feel of the system is very nice and for the 3 hours I played Persona, and a few other titles my hands did not cramp at all, something that happens commonly with my PSP.

All in all I have to say that this is a great system. If you’ve already got a PSP and a lot of UMD’s (like I do) then you may want to stick with what you have as the price-point is a little high at $250.00. However, If you’re new to the PSP or if you’re wanting a sleek little system with a lot of perks over the PSP then the PSP Go is definitely the way to go. We highly recommend it.