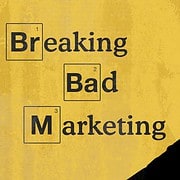 Inherently, Multi-Level Marketing (MLM) is a perfectly good business model; at least it started out that way. Companies such as Amway,  Avon, Pre-Paid Legal, Plexus and others still use it, legitimately and with much success.

Originally, MLM was designed so that companies would have a way to develop a distribution network for their products. When a person joins an MLM company as a distributor, they earn commissions in two ways. The first is by the sale of the actual products. The second income stream results by recruiting additional distributors and then earning a commission on their sales. There is nothing inherently wrong with this business model.

The problem is the original concept of MLM has come under heavy abuse by scam artists. The advent of the Internet has only exacerbated that situation. The abuses fall into two basic categories: pyramid schemes and Ponzi schemes. In both cases the emphasis has gone from the sale of a product to recruitment of additional members. Therein lies both the practical and legal problem.

Pyramid schemes have been around for centuries. Basically, they work like this: you pay into a program that, in theory, sells a particular product. You are also encouraged to recruit other members. In the case of most Internet MLM programs however, you don’t actually sell anything. The money you “invest” goes to the people at the top of the pyramid (the program originators). The people on the lower levels of the pyramid are promised huge profits, but in fact, they get very little or nothing.

Ponzi schemes are similar to pyramid schemes except there is no pretense of having a product to sell. You pay into the program and then recruit additional members to do the same. Chief among these types of scams on the Internet are the so-called “Randomizer” programs. The concept is similar to the old “chain letter” scams where you send $5 to the 5 people at the top of the list,  and then put your name on the bottom. Supposedly, in a few weeks as your name moves up the list, you will receive a small fortune in the U.S. mail. As WC Fields would say, “there’s a sucker born every minute”.

Besides the question of legality (and that is a serious issue), the problem is these programs are created to earn money for those at the top. As an example, let’s assume a pyramid/Ponzi where each person has to bring in 5 new members just to recoup his or her original investment in the program. For instance, if your “entry fee” into the program is $25, a “payback” of $5 for each person you recruit for the program requires 5 additional people for you just to break even.  Sound reasonable?  It isn’t. Let’s look at the reality.

The first level doesn’t require anything to recoup the original investment since he/she is the scheme originator. The 5 people in the second level need 25 new members in order for each of them to break even. Those in the third level then need 125 additional people to join the program. Those 125 in the fourth level require 625 new members. The fifth level requires 3,125 new members. Level six needs 15,625 new members. By the time you get to level 7, a total of 78,125 new people need to join in order for the suckers on level 7 to just break even. God help the people in the next level, who need 390,625 new members. Just keep multiplying by 5. Before long, the number of new members required would exceed the population of the planet. These schemes simply, and ALWAYS, implode by the weight of their own membership and the requirement for new “recruits”.

And in case you aren’t aware of it, Pyramid and Ponzi schemes are illegal.

Are all of the MLM-type companies on the Internet scams? No, they aren’t. There are numerous perfectly legitimate affiliate programs that use similar models. Some of these programs do make money for the hard working affiliate and are operated in a professional and ethical way. The operative word is some.

If you are contemplating this route you would be well advised to do your research. Join some of the many Internet Marketing forums and ask other people. Check the scam monitoring sites available on the Internet. If all else fails, ask an attorney.

But as a basic guideline, the formula is simple. If the primary focus of a particular program you are contemplating seems more focused on recruitment than sales (especially when there appears to be no actual product), and the claims of instant riches sound too good to be true, I would suggest you run for the hills. Once the program has reached its point of diminishing returns, the program owner will fold the tent and you will be left holding the (empty) bag. And for these reasons, we prohibit any kind of MLM activity on our network. Buyer beware.