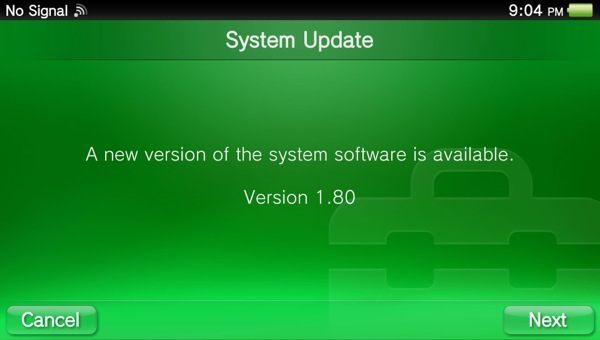 So we’ve been waiting on this for 6 months now. The really unfortunate news is that despite the compatibility of this short list of games for North American (SCEA) players, the list of games for European players, SCEE, is exponentially longer. Here it is and what you can expect, at least, in the future:

The lineup for SCEE is quite nice and includes a majority of Square Enix Limited Final Fantasy games, including Final Fantasy VII. We’ve tested it out personally on games we’ve copied on to our PS3 before the PlayStation Store update and see the ability via Content Manager to copy many games on the list as well as games not on the list. We’ll keep you posted via Twitter @TurkReno. 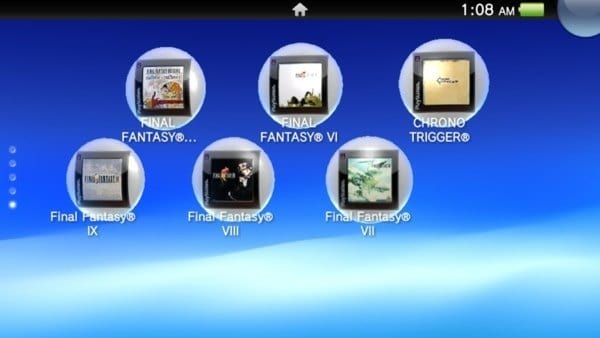 Personal thanks goes out to @Eramo88 for letting us know as soon as the update was live.

Sony has released a Questions list that can be found here: http://us.playstation.com/support/answer/index.htm?a_id=2356

Using Amazon CloudFront with Amazon EC2 running Adobe’s Flash Media Server and Amazon Route 53 (AWS’s DNS service), you can now easily and cost-effectively deliver your live video via AWS. And, we’ve made it simple to get started by creating an AWS CloudFormation template that handles all of the provisioning and sequencing for all the AWS resources you need for this live streaming stack.

The first graph gives an idea of normal Amazon EC2 response times over the last 30 days, but notice the US-EAST region start to spike at April 20.

The outage that affected a hundreds of applications running in the provider’s US-EAST region is almost resolved, more than 24 hours after a “networking event” took down a number of popular services, including EC2, Elastic Block Storage and Relational Database Service.

We continue to see progress in recovering volumes, and have heard many additional customers confirm that they’re recovering. Our current estimate is that the majority of volumes will be recovered over the next 5 to 6 hours.

While we are investigating the cause of the Network outage, we wanted to alert you that it may be a full day or two before we’re able to get the service completely back up and running.

An external intrusion on our system has affected our PlayStation Network and Qriocity services.

In line with the most recent Amazon EC2 update, we wanted to let you know that the team continues to be all-hands on deck working on the remaining database instances in the single affected Availability Zone. It’s taking us longer than we anticipated. When we have an updated ETA or meaningful new update, we will make sure to post it here. But, we can assure you that the team is working this hard and will do so as long as it takes to get this resolved.

At the time, Amazon’s AWS Service Health Dashboard was at red.

The number of Database Instances without access continues to reduce steadily. As the access to these remaining database instances is restored, they will become usable without additional action on your end. If your Database Instance is not yet available, you also have the option to initiate a Point-in-time-Restore operation using the steps outlined in our previous post at 10:08 AM PDT. We are in the process of contacting this small set of customers who still do not have access to their Database Instances.

I know you are waiting for additional information on when PlayStation Network and Qriocity services will be online. Unfortunately, I don’t have an update or timeframe to share at this point in time.

As we previously noted, this is a time intensive process and we’re working to get them back online quickly. We’ll keep you updated with information as it becomes available. We once again thank you for your patience.

We are digging deeply into the root causes of this event and will post a detailed post-mortem.

Amazon and Sony appear to be taking a very similar approach. So was the attack on the PlayStation Network, on Amazon Web Services, or are they one in the same? The answer is: No, they are not.

Others blame Anonymous who had taken credit for a separate hacking attempt earlier in the month towards SCEA. Some believe that this is also partially motivated by Geohot’s impending court rulings. First IANAL, but it would seem there’s a certain level of legality that has been crossed. Clearly he’s not getting hired right now by Sony at the moment because he’s probably being prosecuted by the US DOJ because he’s IN FEDERAL COURT. When a Corporation files a complaint of that caliber, especially one with a DMCA, Copyright Infringement and allegations of Computer Fraud and other crimes, that could be the act of a number of different things including faking the identify of Sony, misuse of the Sony logo or other things that we’ll never hear about. “Geohot” may deserve what’s coming to him just like any one who has walked across a line that fine. He alone will decide what he does with his life at that point.

The PSP has had a shaky history: It had a pretty good launch back in 05, and I remember going with my dad to pick mine up on launch day with a copy of Darkstalkers. It was a beautiful thing. However, it’s hard to beat Nintendo in the handheld department, and even harder to stay afloat in the drowning wave that is the DS, and the DSi, respectfully. However, Sony stuck to their guns and despite poor sales last year the PSP system has endured. Now the third iteration in the PSP saga has been unveiled, the PSP Go.

The PSP go at first didn’t seem like a good idea to me. Yes, you can cook a seven course meal before a UMD completely loads, but that’s just the way it was, and fans of the PSP (as I am) dealt with it. However the PSP Go foregoes any notion of a UMD drive and instead opts for digital downloads to deliver its content. This content can be gained one of three ways. The first method is via the included Media Go software which allows you to connect and download games. This method is relatively simple, has a clean interface, and was pretty much hassle free, kudos to Sony for that. The second method is to connect online to the PlayStation Store and download directly to your PSP Go via an internet connection. Lastly is the ability to download via the PlayStation Store to your PS3 system, and then transfer your game via the connection cable included with the PSP Go. All of these choices work well and actually worked really quickly. My downtime for downloading Rock Band Unplugged was about 10 or so minutes, and while speaking of games the PlayStation Store has updated to commemorate this launch to include a plethora of downloadable titles (seriously like 100 or so)  for the PSP Go, and PSP systems.

New to the PlayStation Portable system is the ability to use Bluetooth devices. This makes a lot of sense considering that Skype has been on the PSP for a while now, and now headsets can be used with this feature. Music, Photos, and Video all look and sound really good on the PSP Go, and with the inclusion of a 16 gig hard drive you’ll get lots of play time if you’re using it for an mp3 player. Sony has also stated that they will give vouchers for PSP Go digital copies of movies with the purchase of certain Blu-Ray films in the future. Also if 16 gig’s isn’t enough for your voracious consumption of digital goodness the PSP Go also has a slot for Memory Stick Micro (M2) media cards.

The PSP Go seems to run a bit smoother when compared to the PSP 2001 model that I have. I have a digital copy of Persona, and also a UMD version and the experience is a little zippier and faster on the PSP Go. Also the LCD is very crisp and sharp even though it’s a little smaller than the Original PSP’s with a measurement of 3.8 inches.

I thought at first the movement of the analog nub to the right of the D-pad was going to be an annoyance but actually it’s quite welcome, and I adjusted to it being there very quickly. The start and select buttons gave me a bit more trouble as I had to check to make sure which I was pressing. The overall feel of the system is very nice and for the 3 hours I played Persona, and a few other titles my hands did not cramp at all, something that happens commonly with my PSP.

All in all I have to say that this is a great system. If you’ve already got a PSP and a lot of UMD’s (like I do) then you may want to stick with what you have as the price-point is a little high at $250.00. However, If you’re new to the PSP or if you’re wanting a sleek little system with a lot of perks over the PSP then the PSP Go is definitely the way to go. We highly recommend it.