Sony has released a Questions list that can be found here: http://us.playstation.com/support/answer/index.htm?a_id=2356

Dear Amazon Web Services Customer,
We’re excited to announce the launch of live HTTP streaming for Amazon CloudFront, AWS’s easy-to-use content delivery network.
Using Amazon CloudFront with Amazon EC2 running Adobe’s Flash Media Server and Amazon Route 53 (AWS’s DNS service), you can now easily and cost-effectively deliver your live video via AWS. And, we’ve made it simple to get started by creating an AWS CloudFormation template that handles all of the provisioning and sequencing for all the AWS resources you need for this live streaming stack.

The first graph gives an idea of normal Amazon EC2 response times over the last 30 days, but notice the US-EAST region start to spike at April 20.
The outage that affected a hundreds of applications running in the provider’s US-EAST region is almost resolved, more than 24 hours after a “networking event” took down a number of popular services, including EC2, Elastic Block Storage and Relational Database Service.
We continue to see progress in recovering volumes, and have heard many additional customers confirm that they’re recovering. Our current estimate is that the majority of volumes will be recovered over the next 5 to 6 hours.

While we are investigating the cause of the Network outage, we wanted to alert you that it may be a full day or two before we’re able to get the service completely back up and running.

An external intrusion on our system has affected our PlayStation Network and Qriocity services.

Service disruption: Database instance connectivity and latency issues
In line with the most recent Amazon EC2 update, we wanted to let you know that the team continues to be all-hands on deck working on the remaining database instances in the single affected Availability Zone. It’s taking us longer than we anticipated. When we have an updated ETA or meaningful new update, we will make sure to post it here. But, we can assure you that the team is working this hard and will do so as long as it takes to get this resolved.

At the time, Amazon’s AWS Service Health Dashboard was at red.

The number of Database Instances without access continues to reduce steadily. As the access to these remaining database instances is restored, they will become usable without additional action on your end. If your Database Instance is not yet available, you also have the option to initiate a Point-in-time-Restore operation using the steps outlined in our previous post at 10:08 AM PDT. We are in the process of contacting this small set of customers who still do not have access to their Database Instances.

I know you are waiting for additional information on when PlayStation Network and Qriocity services will be online. Unfortunately, I don’t have an update or timeframe to share at this point in time.
As we previously noted, this is a time intensive process and we’re working to get them back online quickly. We’ll keep you updated with information as it becomes available. We once again thank you for your patience.

We are digging deeply into the root causes of this event and will post a detailed post-mortem.

Amazon and Sony appear to be taking a very similar approach. So was the attack on the PlayStation Network, on Amazon Web Services, or are they one in the same? The answer is: No, they are not.
—
Others blame Anonymous who had taken credit for a separate hacking attempt earlier in the month towards SCEA. Some believe that this is also partially motivated by Geohot’s impending court rulings. First IANAL, but it would seem there’s a certain level of legality that has been crossed. Clearly he’s not getting hired right now by Sony at the moment because he’s probably being prosecuted by the US DOJ because he’s IN FEDERAL COURT. When a Corporation files a complaint of that caliber, especially one with a DMCA, Copyright Infringement and allegations of Computer Fraud and other crimes, that could be the act of a number of different things including faking the identify of Sony, misuse of the Sony logo or other things that we’ll never hear about. “Geohot” may deserve what’s coming to him just like any one who has walked across a line that fine. He alone will decide what he does with his life at that point. 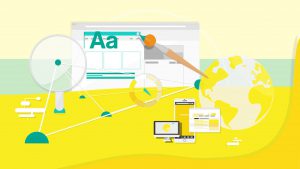 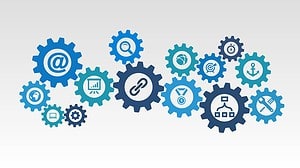 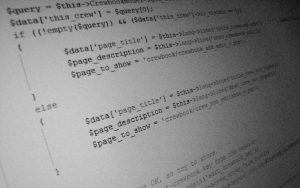 Everything You Need to Know About Meta Descriptions

Need to improve how you are found online?

We’ve been accused of having an idea factory that works overtime when we’re passionate about what we’re doing. We can create ideal solutions for your business success and its online presence if your business qualifies. Contact us today to apply for service.

Big enough to serve you, small enough to know you.

Let’s make something work great together.

TurkReno is a website design and Apple computer support company based in Mobile, Alabama. We’ve created business solutions that work at TurkReno since 2008. We support clients all around the globe.

Our support line and voicemail is available 24 hours a day:

Big enough to serve you, small enough to know you.

We’d love to work with you. Get our attention by providing your information and basic details. This information is only shared with TurkReno for the purposes you describe below.