The film, produced by Alabamians Kenny McLean and Lee Faulkner, follows eleven-year-old Moon Blake (Jimmy Bennett), who has spent most of his life hiding out in the forests of Alabama with his anti-government father who clings to conspiracy theories and trusts no one. Moon’s life suddenly changes when the land is sold and his father dies. Knowing only what he learned from his father, Moon decides to follow his last instructions: make your way to Alaska where “people could still make a living off trapping.”

In the path of civilization, Moon quickly lands himself in a reform school where he meets the mean-spirited Constable Sanders (Clint Howard) and learns what friendship is all about. With the help of Mr. Wellington (John Goodman), Moon adapts and learns to survive in the outside world. “Being involved with this movie has been the experience of a lifetime,” said Lee Faulkner. “When I read Watt Key’s novel I knew it would make a perfect family film.”

“Alabama Moon’s” Alabama ties run deep. Watt Key’s novel and the movie are set in the forests of Alabama; Key, Faulkner and McLean all reside in Fairhope, a small city in Baldwin County, Alabama; and one of the actors in the film, Uriah Shelton, lived and attended school in Fairhope.

Alabama Moon is a classic kid’s film complete with adventure and survival that most of us only dream about, which is what makes it great for the entire family. The film was awarded the Dove Foundation Family Approved seal in 2010. The non-profit foundation is dedicated to advocating for families and moving Hollywood in a more family-friendly direction. 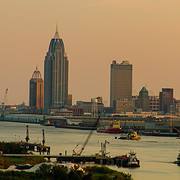 What do I do when PC repair fliers are not working

Banking: The Importance of Not Bearing False Expectations
0 replies