It’s finally out… the demo of Final Fantasy XV, aptly called Episode Duscae. Many have been waiting for the release of this demo, bundled exclusively with Final Fantasy Type-0. While we’ve played EVERY Final Fantasy demo (and game) that’s ever been on the market, we can’t help but notice that the demo of the fifteenth iteration of Square-Enix’s headliner …lacks. We’d really like to focus on what we didn’t like about this game.

1) The music. The music, to us, is disappointing. We’ve attended Distant Worlds and we’ve met Uematsu… Disappointing. Yes, we know that Uematsu is not doing the music officially anymore. But, the branded music that we’ve all come to know, such as the opening theme, the level up/XP screen and the game over screen are now represented with pillowy piano music and zero semblance of their very well known ancestors. We’re reminding ourselves again, this is the demo so maybe it will be different at actual launch (whenever that may be…). As is, no bueno if they’re not going to play the right music — let alone the right THEMED music — for the right scenes to their core fanbase. We don’t care if you make an improv version of the Opening Sequence/Prelude. Just make it the actual Prelude and not fluff.

2) The environment. SquareEnix has had PLENTY of time to get zone creation right. If you’re avid fans of the series like we are, you know about Final Fantasy XIV and 1.0’s copy/paste failure. Lots of us were disappointed to find that we couldn’t go pet the huge thing in the lake because there was an apparent zone line restricting us from going farther. Or the fact that some of these boulders became absurdly similar as we started running around. No real place to hide or climb. Perhaps they will put a jump accessory in the game. And perhaps SquareEnix will actually use the knowledge they’ve learned from FFXII and FFXIV to make a truly open-world, Non-MMO, offline game again. There were some things that we really liked, but this article is about what we didn’t like.

3) The narrative. We felt disconnected with the story they were trying to tell. We’re not all Japanese-esq twinks who have a kingdom to inherit (see the game for reference of Noctis being a prince). At least in the Final Fantasy VIII Demo, there was an apparent story to connect to with a sense of urgency and understanding. We did not feel compelled to go fix a car, instead that very purpose of playing gave me more of a reason to want to go explore.

5) The (seemingly) pointless item collection. We’re sure that picking the items up had something as a reward — and it would be unsurprising if there was not any reward — but the only thing we truly HAD to pick up was the Behemoth Horn. Anything beyond that was, we guess, for Potions and Antidotes to be restocked with.

What we’ve seen with all of the fanfare and social media hype, and based off of our own experience, the demo is truly not that promising. Right now, this is a rental title and not a midnight launch title. But, let’s be fair. It’s just a demo and the main title is only 60% completed. We’ll see… 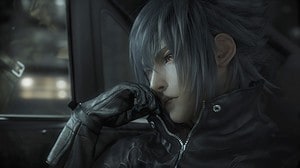 The PlayStation Recap; Final Fantasy XIII Launches in the US

The Problem with Internet MLM Programs
Scroll to top